By continuing your visit to this site, you accept the use of cookies. Read more.
« back — written by Brent on September 11, 2021

Writing data transfer objects and value objects in PHP has become significantly easier over the years. Take for example a look at a DTO in PHP 5.6:

And compare it to its PHP 8.0's equivalent:

That's already quite the difference, though I think there's still one big issue: all those getters. Personally, I don't use them anymore since PHP 8.0 with its promoted properties. I simply prefer to use public properties instead of adding getters:

Object oriented purists don't like this approach though: an object's internal status shouldn't be exposed directly, and definitely not be changeable from the outside.

In our projects at Spatie, we have an internal style guide rule that DTOs and VOs with public properties shouldn't be changed from the outside; a practice that seems to work fairly well, we've been doing it for quite some time now without running into any problems.

However, yes; I agree that it would be better if the language ensured that public properties couldn't be overwritten at all. Well, PHP 8.1 solves all these issues by introducing the readonly keyword:

This keyword basically does what its name suggests: once a property is set, it cannot be overwritten anymore:

Knowing that, when an object is constructed, it won't change anymore, gives a level of certainty and peace when writing code: a whole range of unforeseen data changes simply can't happen anymore.

Of course, you still want to be able to copy data over to a new object, and maybe change some properties along the way. We'll discuss how to do that with readonly properties later in this post. First, let's look at them in depth.

Check out my latest video: 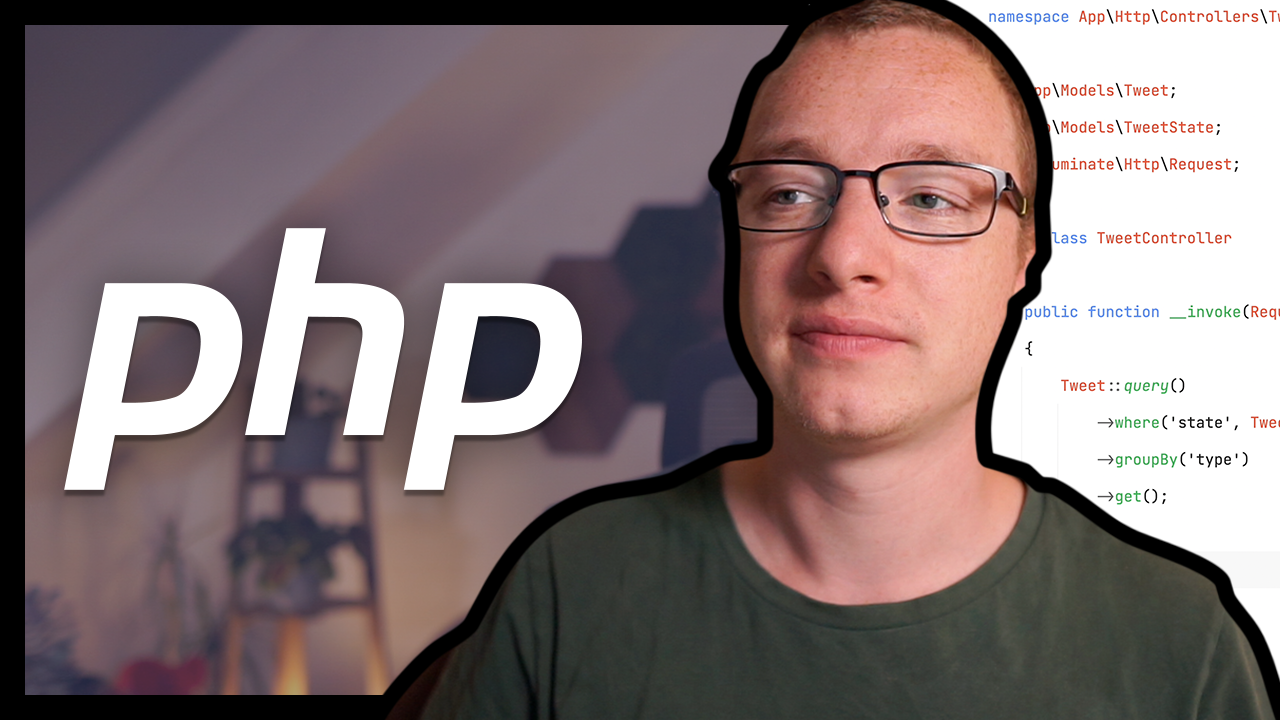 Readonly properties can only be used in combination with typed properties:

You can however use mixed as a type hint:

The reason for this restriction is that by omitting a property type, PHP will automatically set a property's value to null if no explicit value was supplied in the constructor. This behaviour, combined with readonly, would cause unnecessary confusion.

# Both normal and promoted properties

You've already seen examples of both: readonly can be added both on normal, as well as promoted properties:

Readonly properties can not have a default value:

That is, unless they are promoted properties:

You can see how the actual property doesn't get assigned a default value. The reason for not allowing default values on readonly properties, by the way, is that they wouldn't be any different from constants in that form.

You're not allowed to change the readonly flag during inheritance:

This rule goes in both directions: you're not allowed to add or remove the readonly flag during inheritance.

# Unset is not allowed

Once a readonly property is set, you cannot change it, not even unset it:

So, if you can't change readonly properties, and if you can't unset them, how can you create a copy of your DTOs or VOs and change some of its data? You can't clone them, because you wouldn't be able to overwrite its values. There's actually an idea to add a clone with construct in the future that allows this behaviour, but that doesn't solve our problem now.

Well, you can copy over objects with changed readonly properties, if you rely on a little bit of reflection magic. By creating an object without calling its constructor (which is possible using reflection), and then by manually copying each property over — sometimes overwriting its value — you can in fact "clone" an object and change its readonly properties.

I made a small package to do exactly that, here's what it looks like:

I actually wrote a dedicated blogpost explaining the mechanics behind all of this, you can read it here.

Finally, I should also mention the addition of readonly classes in PHP 8.2. In cases where all properties of you class are readonly (which often happens with DTOs or VOs), you can mark the class itself as readonly. This means you won't have to declare every individual property as readonly — a nice shorthand!

So, that's all there is to say about readonly properties. I think they are a great feature if you're working on projects that deal with lots of DTOs and VOs, and require you to carefully manage the data flow throughout your code. Immutable objects with readonly properties are a significant help in doing so.

I'm looking forward to using them, what about you? Let me know on Twitter or via e-mail!